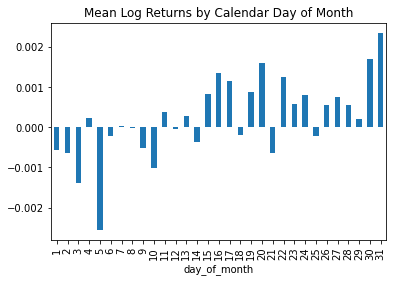 In today’s issue, I’m going to show you how to evaluate a trading strategy with Python and pandas.

Fund managers report their holdings every month. They don’t want to tell investors they lost money on meme stocks. So at the end of the month, they sell low-quality assets and buy high-quality assets, like bonds.

We might be able to take advantage of this by buying bonds at the end of the month and selling them at the beginning of the month.

Why does this work? The edge is probably too messy, too small, or just not interesting to professionals. Which makes it perfect for us.

Most people over-complicate algorithmic trading – it really can be this simple.

Here’s how to investigate this effect with Python, step by step:

We’re going to use TLT as a proxy for bonds. We’ll use the yFinance library to get 10 years of data in 1 line of code.

But first, the imports:

I’m using Jupyter Notebook and want to plot my charts inline which is what %matplotlib inline does.

Let’s get the data.

This downloads 5,015 days of price history into a DataFrame.

Let’s add a few columns to the DataFrame that we’ll use later.

To see if this is true, we want the mean return on every day of the month.

Then it’s simple to plot:

This is for the entire range of data. Explore the persistence by grouping and averaging returns during different time frames.

Let’s build a naive strategy to test our hypothesis:

Let’s create a naive backtest of our naive strategy to get a feel for the returns.

The point of this is not to have a highly accurate, statistically significant backtest. It’s to spend the shortest amount of time possible to see if this strategy is worth pursuing in more detail.

First, we’ll sum up the returns by year and plot them.

We see more evidence that this effect is persistent through time. Since 2002, there have only been 3 years where returns are negative.

Let’s take a look at the cumulative returns by year.

And we can do the same by day.

There’s evidence that this effect is profitable. It’s worth spending more time exploring it more deeply.

Well, that’s it for today. I hope you enjoyed it.

See you again next week.

PQN #005: Manage your portfolio’s risk with value at risk

PQN #004: How to tell if options are cheap with volatility cones

PQN #002: How To Compute Volatility 6 Ways Most People Don’t Know PQN #005: Manage your portfolio’s risk with value at risk 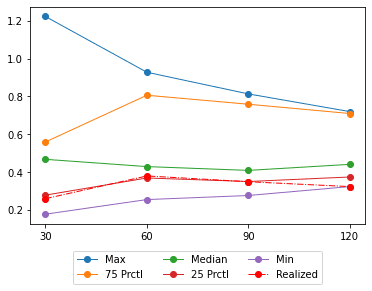 PQN #004: How to tell if options are cheap with volatility cones 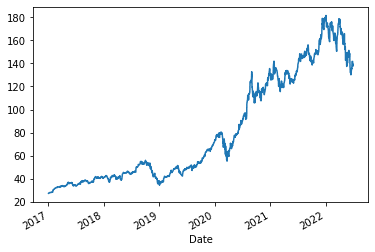 PQN #002: How To Compute Volatility 6 Ways Most People Don’t Know